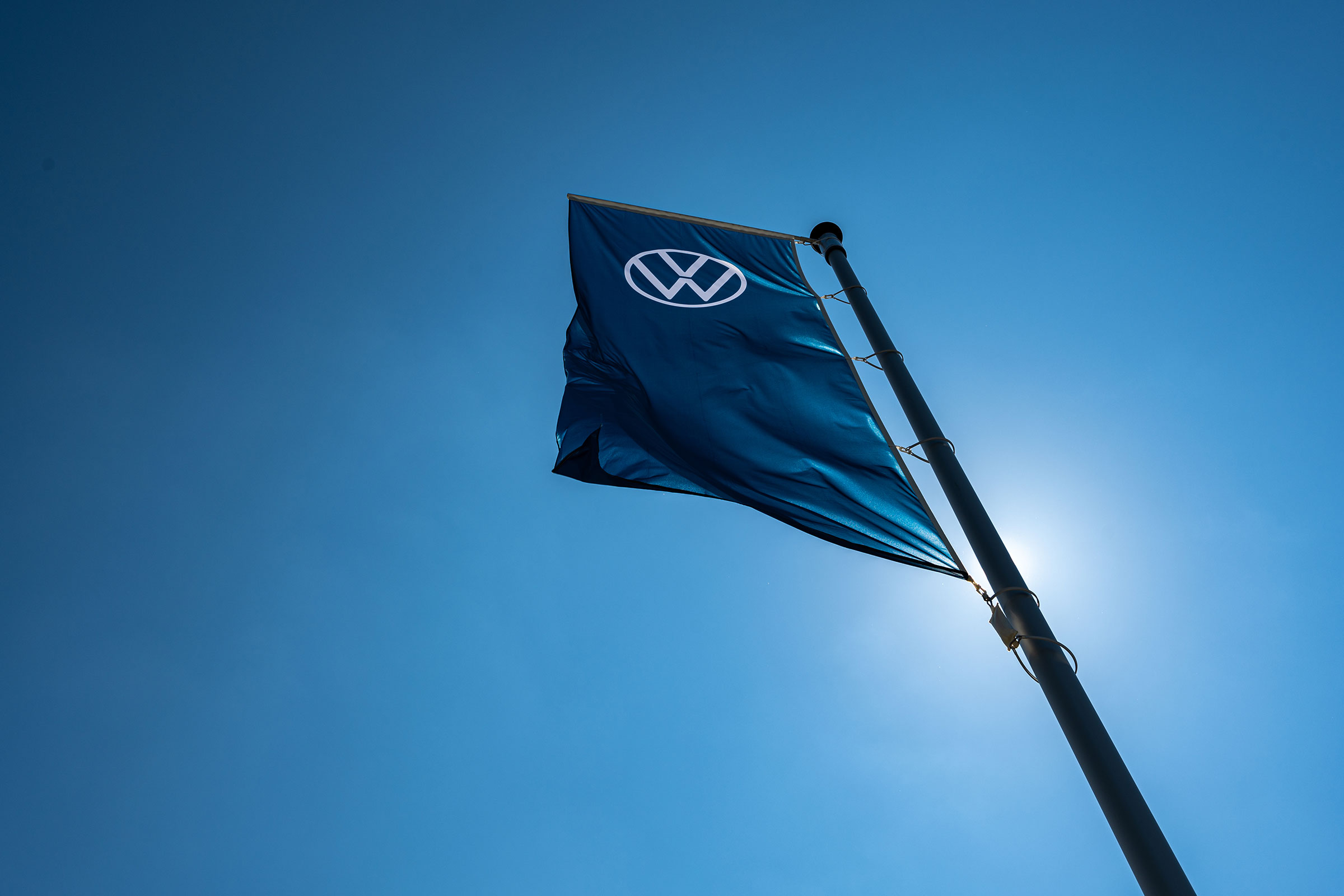 About Volkswagen and EATc

Volkswagen was originally founded in 1937 and operated by the German trade union, the German Labor Front. Volkswagen was headquartered in Wolfsburg, Germany. The project’s objective was the development and mass production of a reasonably priced yet still speedy automobile that could sell for less than 1,000 Reich marks (approximately $140 at the time). Known as Volkswagenwerk, or "The People's Car Company" at the time, to provide the design for this "people's car," the German Labor Front called in the Austrian automotive engineer Ferdinand Porsche.

However, shortly after the KdF (Kraft-durch-Freude)-Wagen ("Strength-Through-Joy" car) was presented for the first time at the Berlin Motor Show in 1939, World War II began, and Volkswagen ceased production. After the war ended, with the plant in ruins, the Allies would make Volkswagen the center of their attempts to revive the German auto industry.

In 1959, the advertising agency Doyle Dane Bernbach launched an innovative campaign, naming the car the "Beetle" and turning its miniature size as a distinct advantage to consumers. Over the next several years, Volkswagen became the top-selling auto import in the United States.

In 1960, the German government vended 60 percent of Volkswagen's stock to the German public, successfully denationalizing it. Twelve years later, the Beetle bettered the longstanding worldwide manufacturing record of 15 million automobiles.

With the Beetle's design comparatively unchanged since 1935, sales grew lazy in the early 1970s. Volkswagen reboundedwith the introduction of sportier models such as the Rabbit and later, the Golf. In 1998, the company began selling the vastly advertised "New Beetle" although still continuing production of its predecessor. After nearly 70 years and more than 21 million units produced, the last original Beetle rolled off the line in Puebla,Mexico, on July 30, 2003.

Founded in 1937 by the German government to mass-produce a low-priced “people’s car,” Volkswagen Group, aka Volkswagen AG, whose headquarters are in Wolfsburg, Germany, is a leading German carmaker. The company was the world’s largest car manufacturer in 2016 and 2017, based on the number of global sales and in 2019, the Volkswagen Group grew its worldwide deliveries by 1.3 percent to 10,974,600 vehicles.

Over the years, Volkswagen became a symbol of Germany’s economic miracle and went on to operate plants all over the world, including in Mexico, Brazil, China, and the United States. In the 1970s, a new generation of Volkswagen cars with front-wheel drive and water-cooled engines arrived, including the Passat, Scirocco, Golf, and Polo models. Through advances in vehicle technology, flexible production, and cutting-edge solutions, Volkswagen has emerged as one of the world’s most successful volume car manufacturers over the last three decades. The company’s current slogan is just “Volkswagen,” which was introduced in late 2015 and has appeared on global ads since then, ditching the old tagline “Das Auto”—meaning “The Car”—for an even simpler one

Volkswagen Group currently owns twelve brands, including Volkswagen Passenger Cars, Volkswagen Commercial Vehicles, Audi, Porsche, and MAN in Germany, SEAT in Spain, Škoda in the Czech Republic, Bentley in the United Kingdom, Lamborghini and Ducati in Italy, Bugatti in France, and Scania in Sweden. Throughout its history, the German Group designed a number of iconic cars that have had a lasting impact, including the Beetle, Golf, Passat, Scirocco, Porsche 356, Audi Quattro, Bentley Continental GT, Lamborghini Miura, and Bugatti Veyron, to name but a few.

Volkswagen Group’s 671,205 worldwide employees produce vehicles in 124 production plants in 20 European countries, and a further 11 countries in the Americas, Asia, and Africa. Volkswagen Group sells its vehicles in 153 countries across the globe. Today, the German giant offers state-of-the-art solutions for future issues such as e-mobility and digitalization. Under the new vision, “Shaping mobility – for generations to come,” the ultimate goal of the Group is to make mobility sustainable for future generations. By 2050, the entire Volkswagen Group will be a CO2-neutral company, and about 70 new all-electric car models will be launched across the group by 2028. The Group is investing 33 billion euros in the world's largest e-offensive, aimed at selling more than 1 million electric cars per year worldwide in the next few years.

EATC was first established in May 1976, and has been the sole representative for Volkswagen passenger car , commercial vehicle & Audi in Egypt.

EATCEATC possesses an extensive automotive experience of 35 years in the Egyptian market.

EATC has grown substantially through the years to become one of the leading automotive companies in the Egyptian market with a total market share of 4%.

EATc has a total of 602 qualified personnel, working altogether to achieve one goal “ To become the no.# 1 auto service provider in the Egyptian market “

EATc operates through its 6 branches together with a dealer network of 10 strong dealers.

EATC has large Fleet customers and is honored to be representing the ambulance fleet business in Egypt since 2009 .

The Egyptian Automotive & Trading Co. (EATC) has been the sole and official representative for Volkswagen Passenger Cars, Volkswagen Commercial Vehicles, and Audi in Egypt since May 1976, and its automotive business has diversified considerably since.

Built around an uncompromising commitment to delivering products and services that satisfy market demands and customer expectations, EATC has five state-of-the-art facilities to serve their loyal customers in the country, located at Giza, Obour, Abu Rawash, Kattamia, and Alexandria.

EATC is run by a skilled, motivated, and highly trained workforce with an excellent team of 620 staff. In addition, the company sells a wide range of vehicles through a broad network of independent dealers, hence ensuring all customers are in good hands.

We are committed to service excellence in all area of our business.

Our business is importing and selling high quality, reliable and exciting vehicles and safe spare parts together with providing professional assistance. We aim to be the most sustainable vehicle importer in Egypt. Customer Experience is at the center of our ideas and our actions. In the future we will keep on offering our customers the best and most attractive cars through a duly qualified and trained Sales and Service Network. We review our processes regularly, seeking continuous improvement. We consider and trace risks and opportunities. Risk consideration is fundamental to everything we do. We act with Integrity for our own personal conviction, with a spirit of responsibility towards our Company, business partners and as a member of the society. Integrity also includes the firmness to uphold the right principles regardless of emotional, economic and social pressures.

The QM policy is the foundation of the organizational rules in compliance with the Quality Management System of our Company.

Agile and flexible action of employees and the focus on customers’ expectations are the basis for a permanent increase in market penetration, market share, and continuous improvement.